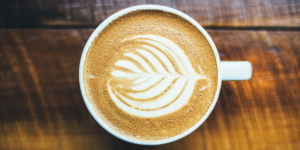 In Europe the country where coffee is almost a religion has to be Italy.  Drinking coffee in Italy is part of its culture – and they have different ‘rules’.

Espresso is a quick ‘fix’ and usually drunk standing at the coffee bar.  Cappuccino and caffé latte are morning drinks, in fact a latte with a pastry or roll is often a typical breakfast – and don’t be surprised if you see Italians dipping their roll in the coffee.  You could be forgiven for drinking a cappuccino or latte late afternoon if you’ve missed lunch, but you would never drink a milky coffee after dinner.

This doesn’t work for the average Starbucks visitor.  Starbucks offer all kinds of coffee, including some interesting flavoured ‘shots’ all day long, regardless of time or accompanying food.  So how did Starbucks tackle opening a coffee shop in Italy?

The very American Starbucks set out to conquer the country where coffee is intrinsic to the culture and discovered that the formula that works everywhere else in the world wouldn’t cut it in Italy.

The rule of franchises is that every outlet is virtually identical in look, feel, ambience and, in the hospitality industry, in what is served.  That’s the point – it provides a familiar surrounding for travellers and confidence that they know what they’ll get.  But the Italians wouldn’t take an American-style coffee shop seriously.

Starbucks had to break the system – or at least adapt it a good bit.

Their first outlet to open in Italy offers not only coffee, sandwiches and pastries; it also provides a Roastery Experience where the customer is able to see exactly how Starbucks roasts the beans that end up in their cups.

While there was a great deal of mocking of this, it didn’t stop people queuing up to see it for themselves at the grand opening.

Italy does things their way

Starbucks are not the only US company to find Italy challenging.  McDonald’s have also had to adapt some of their outlets to comply with the local city council’s demands.

The interior of McDonald’s in Florence has been radically redesigned so it’s virtually unrecognisable as a McDonald’s outlet.  Comments on the décor include ‘beautiful’ – not an adjective normally associated with the utilitarian design of most McDonald’s outlets.

The lesson to be learned for any business is that, when you want to do business in a different country, you must be aware of their culture and show respect for it.  To succeed you need to adopt and adapt to the local culture.

Participants waiting to find out the winners excitedly For the seventh year in a row, The University of Essex … END_OF_DOCUMENT_TOKEN_TO_BE_REPLACED