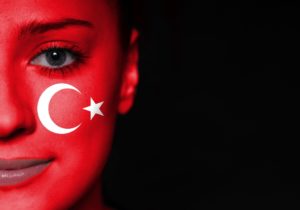 A country that is famous for being spread across Europe and Asia, Turkey enjoys many cultural influences and is seen as the gateway to the East. Turkey has links with many ancient civilizations such as the Romans, Byzantines and Ottomans.

Read more to find out some fun facts. How many do you know?

Coffee was believed to be introduced to Europe in the late 1500’s, when Venetian merchants started purchasing coffee beans from Ottoman traders. They started charging the wealthy of Venice large amounts to sample this exciting new beverage, and it gradually gained popularity from there, and spread to other European countries.

Parisians were also among the earliest European lovers of coffee. Drinking coffee became a popular custom in Paris, after being brought to the court of Louis XIV by the Ambassador of the Ottoman Empire in 1669.

Turkey gave the vote to women earlier than most

The country’s 30th Prime Minister, Tansu Ciller was Turkey’s first and only woman Prime Minister to date, sitting in office from 1993 – 1996.

Turkey is agriculturally self-sufficient, and its economy is not reliant on agricultural imports. Much of the country’s agricultural produce is in fact exported to other areas of the world. The country produces a number of foods such as barley, figs, lentils and hazelnuts, which accounts for 80% of the world’s hazelnut exports. The fertile soil, warm climate and rainfall allow many crops to grow. A huge proportion of the world’s olive oil is also made in Turkey, and then labelled as Italian.

Centre of the Roman Empire

Modern day Istanbul was once known as Constantinople, and was the capital of the Roman Empire for over 1000 years. Emperor Constantine built a new imperial residence in what was then known as Byzantium, and renamed the city after himself in 330 AD.

Famed for its massive defences and architectural masterpieces such as Hagia Sophia, the city was built on seven hills, and also has the nickname “Yedi tepeli şehir”, which translates as “the City on the Seven Hills”

Facebook usage in Turkey has exploded over the past two years, reaching 14 million users in 24 months. Overtaking France and Canada, Turkey has become the third largest country on Facebook after the USA and the UK.

There are also 9.6 million Turkish Twitter users, with this number growing exponentially as time goes by.

TTC wetranslate has over 23 years of translating to and from Turkish. Send me an email at firat@ttcwetranslate.com to talk to more about any requirement you might have for this fascinating language.

As of 1st July, the European Union will be updating its VAT rules. These updates will impact the shipments between … END_OF_DOCUMENT_TOKEN_TO_BE_REPLACED

5 May, 2021 marked the first ever TTC Freelance Partners meet-up!Due to Covid-19 regulations, we have had our first … END_OF_DOCUMENT_TOKEN_TO_BE_REPLACED