This post is also available in: Türkçe (Turkish)Deutsch (German) 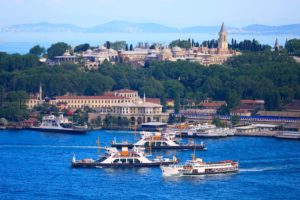 Spoken worldwide by over 70 million people, the Turkish language has a rich and varied heritage. Below we list our top facts about the language, from the obscure to general knowledge. Read more to see if you can discover something new. Many Turkish Jokes are Similar Many Turkish jokes, “fıkra” revolve around one group of people; the main character, Temel, his wife, Fatma and their friend, Dursun.  Temel is a stereotypical guy from the coastal region of the Black Sea. There are hundreds of jokes about the trio and their adventures which range from political issues to humorous wisdoms and many things in between. Related to Other Languages Turkish is part of the family of Turkic languages, formed of 35 different languages, including Azerbaijani, Kazakh and Turkmen. There are some 170 million native speakers of Turkic languages across the globe, spanning from the Balkans, to as far away as China, by the Uyghur population. Turkish is the most widely spoken of the Turkic languages and accounts for 40% of the world’s spoken Turkic languages. Latin not Arabic Turkish was written in its own form of Arabic script for over a thousand years. The Latin alphabet was made compulsory in public communications by Mustafa Kemal Ataturk as of 1929, in an effort to modernise the country after Turkey became a republic in 1923. The Latin alphabet was modified slightly to accommodate Turkish phonetic requirements, and special characters such as “Ç”, “Ğ” and “Ü” were introduced. In the present form of the Turkish alphabet, there are 21 consonants and 8 vowels. Further development of the language Prior to 1932, the percentage of Turkish words used in written language was 35-40%. This has grown considerably and at present, it is around 75-80%. This is due to efforts by the Turkish Language Association, which was tasked with initiating language reform to replace loanwords of Arabic and Persian origin with Turkish equivalents. Today, the Turkish Language Association continues its activities within the structure of the Ataturk Cultural, Linguistic and Historical Higher Council established in 1983. Special characteristics One the most distinct characteristics of Turkish is the agglutinative nature of the language. In Turkish, you can say a lot with just a few words.  One word can have many affixes, endings or suffixes, and these can also be used to create new words. One example for instance is the sentence in English, “I am going to watch a film”, which in Turkish would simply be “Film seyredeceğim” Records date back to 725 AD Some of the oldest records of written Turkish are found upon stone monuments in Central Asia as well as the Orhun Yenisey and Talas regions in Mongolia, which date back to 725, 732 and 735 AD. Turkish can help when learning other languages Spoken throughout many countries in Central Asia, some linguists believe that Turkic languages are part of a larger Altaic language family that includes Mongolic, Korean, Japonic and Tungusic. In theory this means that the Turkish language could help make the process of learning Altaic languages easier. During my studies at school, I found that Turkish and Japanese both have a very similar sentence structure, for instance. Let us know your comments on Facebook and Twitter!

Imagine this… You are finally home after a long day. Maybe you had a busy day at work or maybe you were out … END_OF_DOCUMENT_TOKEN_TO_BE_REPLACED