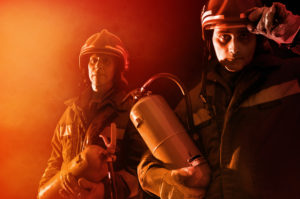 The blast at an explosives factory north of the Bulgarian capital Sofia left 15 people dead, and almost demolished the factory. This tragedy has forced the Bulgarian Government to rethink its strategy when it comes to fire protection and fire safety within this dangerous industry.

The explosions that occurred on 1 October 2014 wrecked the Midzhur plant in Gorni Lom, about 122 kilometres from Bulgaria’s capital. This tragedy is one of the latest in an increasingly deadly string of accidents in dismantling plants in the country.  The first explosion occurred in the afternoon around 1700 local time, followed by smaller blasts and a big secondary blast later in the evening around 9.45 pm. The site was so dangerous that the rescue and recovery crews were barred from entering the site.

According to the experts, the magnitude of the explosion was very high, resulting into two craters, each with an estimated size of a football field and the debris scattering hundreds of feet away.

Brief History of the Midzhur Factory

This plant used to destroy obsolete munitions for the Bulgarian army, and even handling explosives from Greece. It housed over 10 tonnes of highly explosive chemicals and most astonishingly has previously suffered similar explosions in 2007 and 2010, where several people were hurt. Two units of the plant were destroyed in the 2010 blast.

Lessons to be learned

There is a clear indication that there has been a lapse in the approach of fire protection in the region. Workers as well as employers are not taking stringent safety precautions in the working environment seriously, and as a result, many preventable incidences have occurred. President Rosen Plevneliev of Bulgaria stated that the fact that employers and the workers have an arrogant non-observance of safety regulations and they themselves were to blame.

Fire safety precautions are vital for every nation. And as a result, it is essential for the fire protection equipment industry in the UK to partner with their clients in order to offer better services and products. A major challenge has been the language barrier, when it comes to manuals and installation instructions that usually come along with the equipment. Fire protection laws need to be revised, with an introduction of a requirement to have all safety equipment to have well translated documents. The fire safety equipment meant for exporting should have accurately written manuals and technical installation instructions in the national language of the destination country.

Accurate translation is crucial as any omissions or errors in interpretation of one language to another could mean life or death for those working in environments with a high risk of fire and explosion. Therefore those wishing to export such items should certainly employ the services of a technical translation service, experienced in the Fire Protection industry.

With so many translation services all open for new business, it can be difficult for business owners to decide on a … END_OF_DOCUMENT_TOKEN_TO_BE_REPLACED

Due to the COVID-19 pandemic, The Translation Challenge which is now in its 7th year hosted its first-ever online … END_OF_DOCUMENT_TOKEN_TO_BE_REPLACED